Home | News and Events | Countdown to the Cup Final

Countdown to the Cup Final 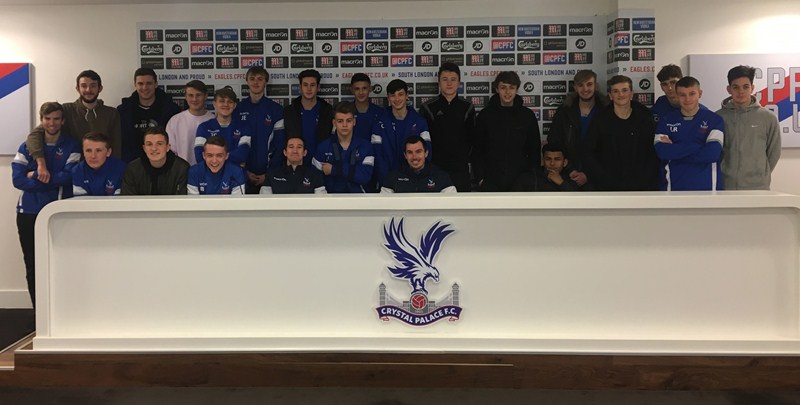 The BCoT & Crystal Palace Football Academy began their build up to the League Cup Final with an interactive visit to Selhurst Park.

The visit was hosted by Crystal Palace Foundation Development Manager Rob Perrett and gave the opportunity for the students to get a tour of the facilities and an insight to the match day preparation undertaken by first team players at the club. On the day, players were given exclusive access to the stadium including the changing facilities, media centre hospitality boxes and pitch side to experience the facilities used by senior first team players on match days. Students were able to take part in a mock press conference whereby they had the opportunity to grill their coaches on the season’s events so far, as well as access to the medical centre and warm up area in the changing rooms to see how players prepare on match day. The trip fuelled excitement for the League Cup Final, taking place at Sparsholt College against Itchen Sixth Form College on Wednesday 5th April.

Following the stadium tour, the squad set off to one of the Academy training facilities to train with Crystal Palace Academy coaches Michael Cleary & Stuart Jacob in preparation for their upcoming fixture against South Downs. The players focused on a technical based warm up before working on a session focussing on midfield rotation in a game based scenario; particularly to work on the rotational movement of central players to create space. It was an insightful experience for both players and coaches alike to work with coaches with experience of developing Premier League talent.

Learn more about our Partnership with Crystal Palace FC and apply for a course starting September.