An employee who started his working life as an Apprentice at the age of 16 is set to retire. 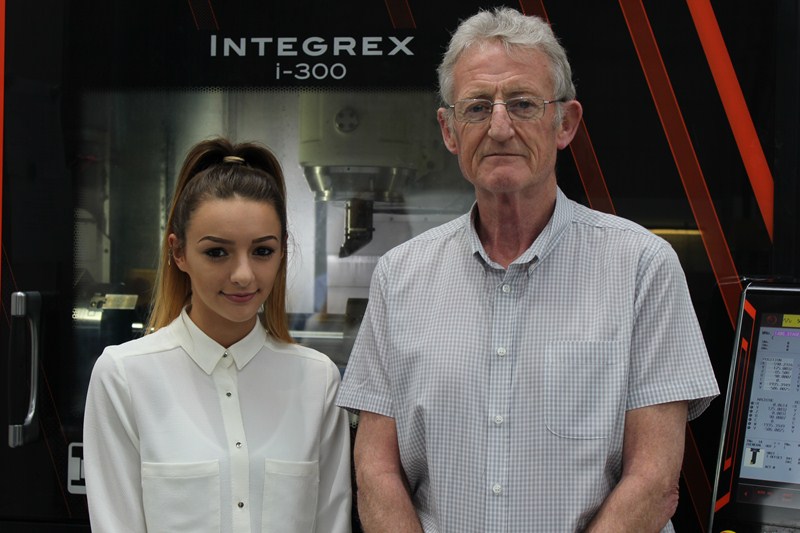 Stephen Wood began his career in Engineering shortly after leaving school. His first job involved working on the factory floor as a general assistant, learning the basics. He was then offered an Apprenticeship with Weyside Engineering in Guildford, which was later bought by Middlesex Aerospace, marking the start of his career as an Engineer.

“Even at a young age, I knew I wanted to get on in life, learn as much as I could and make a good career for myself. An Apprenticeship was the launch pad for this. In the early days I was thrown in at the deep end, it’s not like now when there is a real structure. It was a case of spending two weeks on a section, learning how to use the machinery, then doing the job.”

Fifty years on, Apprentices continue to be embedded in Middlesex Aerospace’s culture. Roger Rustell, Training Manager, says it would be “inconceivable” not to have any Apprentices in the company, adding:

“Our Apprenticeship scheme involves training individuals to become fully skilled mechanical engineers. We recognise that each Apprentice is unique and should be treated as such. We set no limits to their training, and remain totally flexible in our approach. We now offer the opportunity to study right up to degree level, something we are very proud of.”

One of these Apprentices is 18 year old Amy Valles who is now in her second year of the training programme at Middlesex.

“I feel like I’ve learned so many new skills, not only engineering based but also personal skills. I’ve almost completed my NVQ Level 3 in Mechanical Engineering and am looking forward to starting my HNC at college in September. Middlesex have gone out of their way to help me adapt to the working environment at such a young age and given me an opportunity to have a secure, well paid career. I’ve even started saving for my own flat!”

As for Stephen, he’s looking forward to the next stage in his journey, but says he’ll look back fondly on his fifty years spent at Middlesex.

“I’ve got great memories of being an Apprentice, learning my way through the factory, the machines and all the processes. Everything I know has been taught to me by seasoned professionals, experts in their field. I have great hope for the next generation of young Engineers. Technology has moved on at an unbelievable pace and it is vital that Apprentices continue to be an integral part of this future. Successful careers stem from a solid foundation – just look at me.”

To find out more about becoming or employing an Apprentice visit www.bcot.ac.uk/apprenticeships.