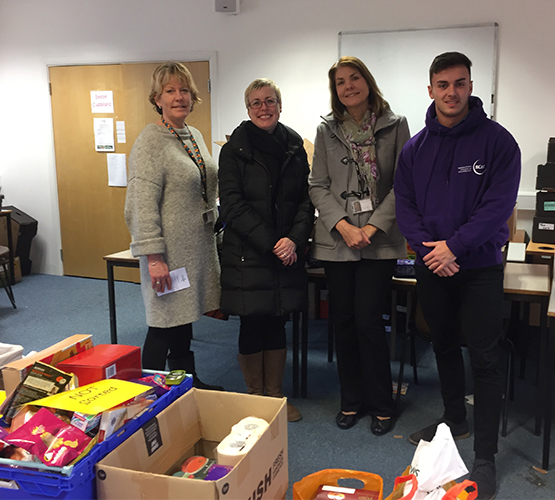 Basingstoke College of Technology have been running a scheme called “The Reverse Advent Calendar” since the start of December which involved asking students for donations of food which could then be subsequently donated.

On the 20th of December a small team from BCoT delivered the total 47 kilograms of food to the Basingstoke Food Bank. This sizeable donation was received very gratefully by the charity workers and now BCoT has done its part for charity this Christmas.

The BCoT Student's Union has also contributed by organising and running a Christmas Fair with other students, which managed to raise a total of £60.31 for the charity St. Michael's Hospice. Lynne Grimshaw, Community Campaigns Co-ordinator at St. Michael's Hospice said:

"It was lovely to come along and meet some of the students and see their different ideas for stalls." "The money the college has donated will make a real difference to our patients."

Find out more information about St. Michael's Hospice at this link: http://www.stmichaelshospice.org/