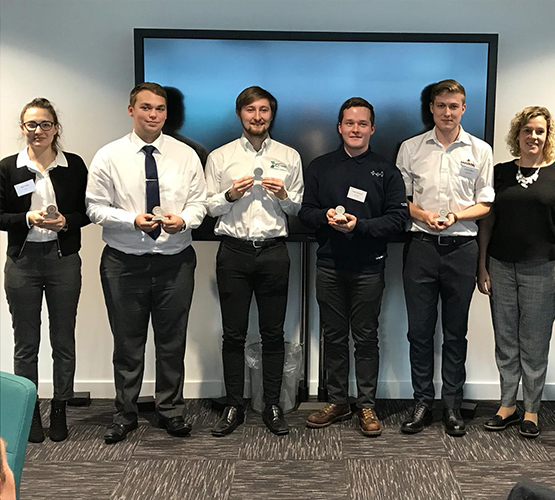 Two former Basingstoke College of Technology (BCoT) students were recently named as finalists in the Southern Manufacturing Apprentice of the Year award, which was hosted by The Business Magazine.

Calan Kenward and Harrison Farthing both made the shortlist for the outstanding performance they have continuously displayed during their apprenticeships.

Hosted by the Business Magazine and taking place at the Manufacturing Technology Centre at Ansty Park in Coventry, the finalists were given a one-hour tour of the Research and Technology facilities before eagerly awaiting the announcement of the winner of the award.

The two former BCoT students just missed out on the award to Abbi Fisher of BAE Systems, but were commended by the judges for their strong submissions.