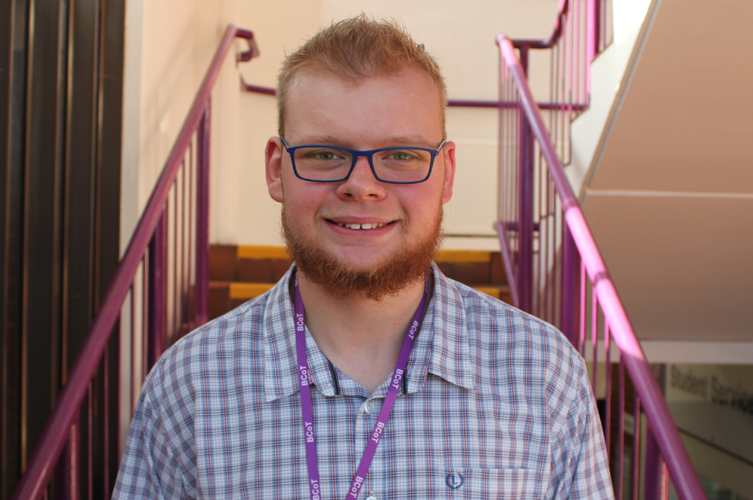 The college were absolutely wonderful with their support, they really helped me with in class support and one to one sessions

Alex joined Basingstoke College of Technology to use his love of film production to gain a professional qualification that would set him on the path for a career in media.

"I have always had a major love of creating videos, having been making YouTube videos since I was 13 years old."

As well as studying Television and Film Production, Alex took up the chance to retake his GCSE English, which he passed after one year of study.

"I chose to study a BTEC so I could focus on my GCSE English retake alongside it. The lecturers were amazing with their support. They really helped me both in class, and with one-to-one sessions. Nicola, who taught my class, was absolutely fantastic. She was really caring and supportive but also incredibly informative. It wasn’t only the way she taught me which helped but also the confidence she installed in me. When you have a lecturer who really believes that you can achieve what feels like is the impossible, it goes a long way.

I am now undertaking an apprenticeship at BCoT, working in the Marketing department as a Digital Marketing Apprentice. It's a fantastic opportunity to work in the college that has supported me so much. BCoT has helped me develop my English skills dramatically. I can now go into the working environment and have the skills to read and write at a professional level".